Ballincollig ladies had their second league win with a score line of 17-7 at home to the reigning AIL Division 2 winners, Nenagh.

The game started with great defence, and both teams eager to get scores on the board.  Ballincollig got a penalty in the first 10 minutess due to Centre Christina Broderick being high tackled, but It was an unlucky start for outhalf Lizzy Kelly when she kicked for a penalty and it hit of the post.  A few minutes after their was a scrum to Ballincollig, Captain Breda Leonard picked and went, made good ground and resulted in Nenagh givng away a penalty for offside at the ruck.  Lizzy Kelly got 3 points on the board for the Ballincollig ladies.

Nenagh fought back with a break from their out-half which resulted in a try and conversion. The scoreline now 7-3 to Nenagh with 30 minutes gone on the clock.

A penalty came to Ballincollig and Vice Captain and Prop Emily Cleary took on the tap and go and broke through the Nenagh defence to touch down with a try, 7-8 now to Ballincollig at half time.

The second half started strong by the two sides, It was a very defensive half with both teams fighting to win but a penalty by Lizzy Kelly put the Ballincollig side ahead again.  A kick and chase by Lizzy Kelly seen the Nenagh side fumble the ball which resulted in another penalty for the girls, which Lizzy scored once again.  In the last play of the game another penalty came to Ballincollig ladies and it was the turn of Captain Breda Leonard to take the kick, which resulted in another 3 points for the ladies, This is the girls second league win, and they are away to Shannon next Sunday, let’s hope it will be 3 in a row for the girls. 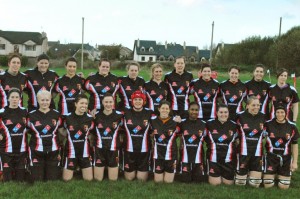 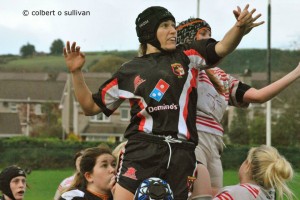 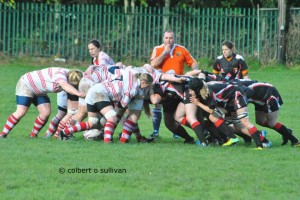 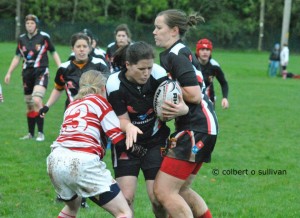 Thanks to Colbert O’Sullivan for the great pictures.