Ballincollig U16s  beat Skibbereen 22 points to 10 points in the Quarter final of the South Munster league. This was a highly entertaining match with good defensive and attacking rugby played by both teams. Skibbereen were defensively very good but Ballincollig had the upper hand in the lineouts and scrums. After the first 20 minutes  Ballincollig were 3 points down after squandering 4 good penalty opportunities due to poor decision making but in the last 10 min Ballincollig tightened up and were only deprived a score by the strong defence of Skibbereen. In the second have Ballincollig scored 2 tries from a combination of good forward and back play by passing the ball to the wings and stretching the Skibbereen defence and then working the ball back into middle of the pitch for the forwards to drive over for 2 tries with both converted. Ballincolligs scrum half also scored a great individual try but Ballincollig also leaked a try with a lapse of concentration in defence  but finished well with a well taken penalty. The players and coaches would also like to thank all the supporters and we will see you all at the home semi-final (Date to be confirmed).Well done lads!

BALLINCOLLIG RFC MINI & YOUTHS WOULD LIKE TO WISH ALL OUR MEMBERS AN SUPPORTERS A MERRY CHIRSTMAS NA HAPPY NEW YEAR.

Training for all age grades resumes on Saturday 3rd January 2015 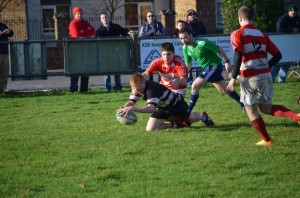 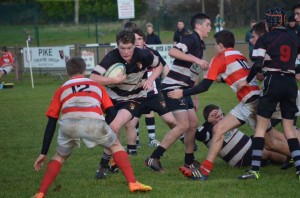 Our condolences to the family Michael Foley