The Ballincollig RFC Ladies Team made headlines, even on a national level, after winning the All Ireland Plate Final against Cill Dara. 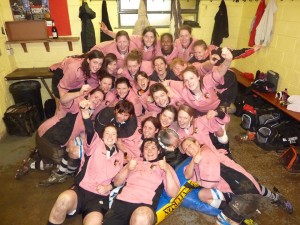 Ballincollig defeated Cill Dara 10-7. Skipper Ger Gallahue scored Ballincollig’s try and Lizzie Kelly kicked a conversion and a penalty to bring the trophy back to Tanner Park for the first time since 2006.

Well done to anybody involved in the team, especially to the coach Herbie Geary.